Born in 1894, Amaro Lucano is based on a secret recipe passed from generation to generation of the Vena family. Due to the delicate blend of more than 30 herbs, it has a distinct flavour, ideal for any occasion. Best enjoyed, neat, with ice or with the addition of orange peel. Excellent for cocktails.
28% vol. 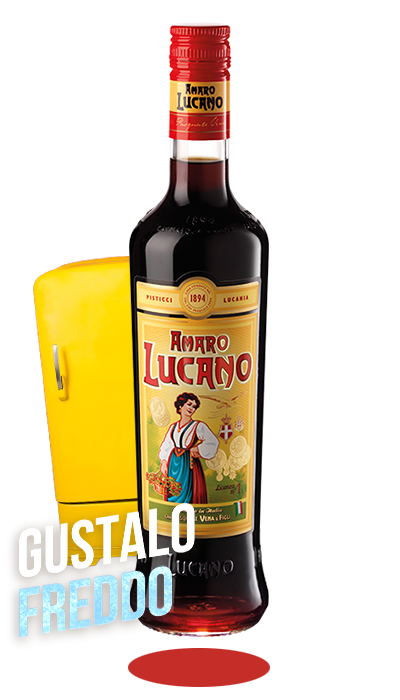 Amaro Lucano was awarded with a silver medal at The Concours Mondial de Bruxelles Spirits Selection.
2014

Amaro Lucano was also awarded a Double Gold Medal from The Fifty Best.
2015

Amaro Lucano has earned a Gold Medal and the additional distinction of Italy Herbal Liqueur of the Year at New York International Spirits Competition.
2020

Amaro Lucano was awarded the score "93 points" at the Wine Enthusiast (USA).
2020

FROM LUCANIA TO MANHATTAN

These are the values that, for more than one hundred years, have put the Lucano brand at the forefront of the Italian spirits market. This story of passion and authenticity is a vital part of Cavalier Pasquale Vena’s secret recipe.

The passion and the secret.

The Cavalier Pasquale Vena was a confectioner with a deep passion for herbology.
He blended countless herbs, in innumerable combinations in order to discover the perfect liqueur. At long last, he uncovered the combination that would define his future, and that of the following four generations of his family: the recipe for Amaro Lucano!

The same now as it was then...

Today, after almost a century, the production process remains the same, staying faithful to tradition and to his homeland.

Based on a secret recipe, the result of a delicate blending of more than 30 herbs, the myth Amaro Lucano is born.

Amaro Lucano, in a prestigious version to celebrate the company's 120 years of history.

HOW TO RECYCLE IT

SI NO
You must be of legal age to navigate